Which group has the most influence on the success of your company? 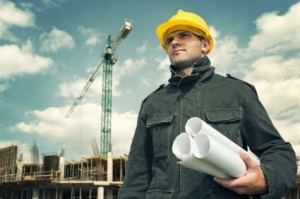 Did you know that a recent study discovered that construction foremen/superintendents are the most dissatisfied group with their jobs in the industry? That is a scary thought. There is no more single important group of employees in your company than the foremen! Yes, that’s right, your foremen have more influence on the success of your company than any other group of employees.

The foreman is the most important member of your team simply because his sphere of influence is greater than anyone else in your company. Just examine the typical organizational pyramid.

Who has the most influence over the work? As in all companies, it is the middle management team and the workers. And it doesn’t matter if you flip the chart with the workers on top and ownership on bottom, the Foremen will always be the bridge, and hopefully not the gap, between upper management and the workers.

Here are just 13 examples of how the foreman influences your company:

2. His preparation and planning will determine the organized approach to completing the work. He establishes the game plan and is responsible to ensure that the workers carry it out efficiently. Does your project management team allow him the time for upfront planning? Have you taught the Foreman how to plan, or do you just give planning lip service?

3. His team will ultimately determine how much money that job makes. Teach the foremen to run their jobs like it’s their business. Isn’t your company just an accumulation of construction projects? Do you share the estimate with them? Give them the estimated time and costs by phase before the job starts. Teach them how to track the costs and how to recognize when it is time to take corrective action.

4. He is the main liaison between the customer and company on the jobsite. The performance of his team affects customer relations, which can also impact how promptly you are paid for the work. Unhappy employees don’t really care about customer relations. Have you gauged the satisfaction level of your employees with a confidential survey? You can’t fix a problem if it hasn’t been defined.

5. Your Foremen’s actions can determine your company’s ability to practice “free enterprise” if you are an open shop contractor. A disgruntled crew may be a perfect target for an union organizing campaign. Would your foremen even recognize that a crew is unhappy, or would he think that their attitudes and lack of productivity are just a sign of the times, rather than a reflection on his management style? Does your foreman know what to do, or how to act if your workers are approached by an union organizer on the jobsite?

6. He is responsible for creating a motivating work environment on the jobsite. His management style should motivate, not demoralize, the workers. Are you satisfied with the productivity of your workers? Have your foremen been given any supervisory training to handle people performance problems? Many foremen will tell you that they want and need the training to deal with people. Provide training that teaches them to be better managers.

7. He is responsible to develop the workers into more valued assets. He has to provide progressive on-the-job training. Do you support his efforts by having an in-house, or outsource, training program to increase craft skills for your workers? Does your compensation program support your emphasis on training? A defined skill-based classification system with known wage ranges per classification transfers the burden of how much the employee earns to the employee’s shoulder. It is no longer a company issue.

8. He affects your company’s ability to retain employees. Most employees don’t leave a company over money. Many leave because they tire of working for a poor manager. Many untrained foremen will first blame the company for its inability to retain and attract qualified workers, when it can very well be a jobsite management issue. Have you taught and explained to the foremen that their job is more than just get the job done and that one of their primary roles is to develop their team of workers.

9. He is the gatekeeper between the company and the workers. He is the pipeline for the transfer of the company’s values to the workers. Does your company have a mission or value statement? Is it clearly understood? Does your upper management team’s actions support your mission and values?

10. He enforces the company’s safety program. Have you ever knowingly allowed safety shortcuts for the sake of productivity? A high EMR rate affects your workmen’s compensation costs and the ability to work for some customers. Do your foremen even know what EMR is? Do they know the long term cost impact of reportable injuries?

11. He is responsible to maintain, protect, and secure the company’s resources on the jobsite. Does he receive the equipment and tools in good condition and working order? Does he get the necessary tools and equipment when he needs it?

12. His team’s performance will impact the company’s reputation. The best marketing program in the world can not overcome shoddy workmanship, slow production, or the inability to coordinate with others on the site. Even having the lowest price will eventually not help if your customers know you don’t perform well.

What have you done to make their job easier and more satisfying? What can you do? Make the changes in your organization so that you are able to answer “YES” to most all of the questions in 1-13 above.

Build A Strong Foundation for Success

Pride – A Powerful Motivator You Can Influence